ACM India announces its annual event for the year 2023, hosted by the Oriental Institute of Science & Technology, Bhopal, on the 11th of February 2023. ACM, the Association for Computing Machinery is the world’s largest educational and scientific society, uniting computing educators, researchers and professionals to inspire dialogue, share resources and address the field’s challenges. ACM recognizes excellence in computer science and information technology through a host of prestigious awards, including the Turing Award (aka Nobel Prize in Computing). ACM supports the professional growth of its members by providing opportunities for life-long learning, career development, and professional networking. ACM India was launched in 2010 to increase ACM’s presence in the country, and has been recording a healthy growth in India over the last decade. ARCS 2023 and the ACM-W India Decade Celebration event are co-located with ACM India annual event.

Shafi Goldwasser is the Director of the Simons Institute for the Theory of Computing, and the C. Lester Hogan Professor in Electrical Engineering and Computer Sciences at UC Berkeley. She is also the RSA Professor of Electrical Engineering and Computer Science at MIT, and a professor of computer science and applied mathematics at the Weizmann Institute of Science in Israel. Goldwasser received a BS in applied mathematics from Carnegie Mellon University in 1979, and MS and PhD in computer science from UC Berkeley in 1984.

Yannis Ioannidis is a Professor of Informatics and Telecommunications at the University of Athens as well as an Affiliate Faculty at the Athena Research and Innovation Center, where he also served as the President and General Director for 10 years (2011-2021).

Dr. Arjun Jain is the Founder of UAVIO Labs Pvt. Ltd. Previously, he co-founded Perceptive Code LLC, a Silicon Valley startup that builds intelligence into automobiles. Arjun has worked for several companies, including Yahoo! in Bangalore, Weta Digital in New Zealand and Apple in Cupertino. He has been especially active in the human sensing related industries. Arjun served as a developer for Weta Digital’s motion capture system. This system has been used in many feature films, and Arjun was credited for his work in Steven Spielberg’s “The Adventures of Tintin (2011)”. Arjun’s work has resulted in several academic publications with currently over 6000 citations, patents, and has been featured by mainstream media, including in the magazines: New Scientist, Discovery, BCC, Vogue, Wired, India Today, and The Hollywood Reporter, among other outlets.

Arjun is also an Adjunct Faculty at the Center for Data Sciences (CDS dept) at Indian Institute of Science (IISc Bangalore). Previously, he was an Adjunct Faculty at the Computer Science and Engineering Department at IIT Bombay. He received his Ph.D. in Computer Science from the Max-Planck Institute for Informatics in Germany and worked with 2020 Turing award winner Yann LeCun during his postdoc at NYU. He is part of the Theano development team and a contributor to Torch – both of which are widely used libraries for Deep Learning. 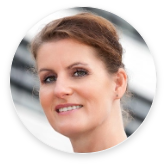 Tulika Mitra is Vice-Provost (Academic Affairs) and Provost’s Chair Professor of Computer Science at the National University of Singapore. She received her PhD from Stony Brook University and Master’s from the Indian Institute of Science. Her research focuses on the hardware-software co-design of smart, energy-efficient, safety-critical embedded computing systems. Tulika’s work has been recognized with best paper awards in top conferences including most recently the Embedded Systems Week (ESWEEK) 2022 test-of-time award. She has served / been serving as Editor-in-Chief of ACM Transactions on Embedded Computing Systems, Member of the ACM Publications Board, General Chair of ESWEEK, and General/Program Chair of the International Conference on Computer-Aided Design (ICCAD).

Venkatesh Raman is a professor in the theoretical computer science group at the Institute of Mathematical Sciences, Chennai. He was ACM India Council Vice President during 2018-2020, and Secretary/Treasurer during 2020-2022. He has been in the Education Committee, and in the steering committees of summer/winter schools, ARCS and COMPUTE during the last six years.

Dr. Natarajan Shankar is a Distinguished Senior Scientist and SRI Fellow at the SRI Computer Science Laboratory.  He received a B.Tech. degree in Electrical Engineering from the Indian Institute of Technology, Madras, and Ph.D. in Computer Science from the University of Texas at Austin. He is the author of the book, “Metamathematics, Machines, and Godel’s Proof”, published by Cambridge University Press. Dr. Shankar is the co-developer of a number of technologies including the PVS interactive proof assistant, the SAL model checker, and the Yices SMT solver.  He is a co-recipient of the 2012 CAV Award and the recipient of the 2022 Herbrand Award.

Computing at the Edge: Specialize or Generalize?

Talk Title: Computing at the Edge: Specialize or Generalize?

Abstract:
The Internet of Things (IoT) system architectures are rapidly moving towards edge computing where computational intelligence is embedded near the sensors instead of the remote cloud for real-time, security, and connectivity reasons. The limited computing capability of general-purpose processors in power, area-constrained edge devices severely restricts their potential. Thus domain-specific hardware accelerators have become pervasive to meet the performance and energy-efficiency needs of these emerging systems. However, such specializations are inherently at odds with the programmability long enjoyed by software developers from general-purpose processors. Can we get the best of both worlds? In this talk, I will explore software-defined hardware accelerators as a promising approach to offer close to custom accelerator efficiency while supporting diverse applications through generalization. This is achieved through a synergistic hardware-software approach where a domain-agnostic accelerator can be morphed and instantiated to specialized accelerators through software.

Autonomy at Scale: Where Are We Headed?

Talk Title: Autonomy at Scale: Where Are We Headed?

Abstract:
In this talk, Dr. Arjun Jain will take a closer look at Autonomous Vehicles and their various subsystems. He will start with a bit of history and then dig into the various modules such as perception, localization, prediction, planning and finally control that enable Autonomous Driving.
He will then address the enabling technologies that make an agent autonomous and how these technologies are integrated together to allow a vehicle to navigate streets safely. He will discuss their current limitations and brainstorm ideas on how to overcome them. Finally, he will talk about his current research and work at UAVIO Labs where they are working on true autonomy for the skies.

Abstract:
Logic has always played a central role in computing.  One successful application of logic is its use in specifying and modeling computational behavior, and in proving properties of computation systems.  A popular approach to verified software is through the use of proof systems such as Hoare logic for programming languages. Another approach is to generate executable code from a high-level description in a fragment of logic that enjoys a computational interpretation.  We describe efforts directed at code generation from logic within SRI’s Prototype Verification System, an interactive proof assistant that has been in active use for over thirty years.  PVS features a richly typed higher-order logic with algebraic datatypes, dependent predicate subtypes, and parametric theories.  The interactive theorem prover employs a range of automated proof strategies for simplification, rewriting, and case analysis, along with built-in decision procedures for SAT and SMT solving.  The applicative fragment of PVS can be viewed as a functional programming language, and executable code can be generated in Common Lisp and C, among other languages.  PVS includes extensive libraries spanning a range of topics in mathematics and computing.  The talk is an informal overview of the underlying theoretical foundations, and the proof and code generation capabilities of PVS.

The visit of Natarajan Shankar is under the auspices of the ACM India – IISc Pullur Distinguished Computing Visitor program, generously sponsored by Nirmala Jay Pullur.

The Oriental Institute of Science & Technology, at Bhopal was established in the year 1995. Being the trailblazer among the self- financed Technical Educational Institutes of Central India, its founder Dr KL Thakral, worked meticulously with a team of dedicated personnel, to realize its holistic vision. The Institute is approved by AICTE, N. Delhi & Govt. of India and affiliated to RGPV Bhopal.

For the last two & a half decades, the Institute inspires awe in the society, with its rich blend of old & modern infrastructure, veteran & young faculty, academic & extracurricular activities, research & industry focus, with laurels brought forth by its resourceful alumni with startup ventures, aspiring to be unicorns. Many have received funds and recognition from government sector and are hiring Oriental pass out graduates. The professional stint of alumni in the MNCs, public sector and armed forces, has given them top notch positions, putting the Institute on a global map.

The Institute of late, has renewed accreditation for all its major courses, and brought in curricular renovation with courses on Computer Science & Business Systems, Artificial Intelligence & Machine Learning and Data Sciences. The quality is assured at all levels by apt Institutional governance and Quality Assurance Cell. Our USP is the student base, which stands out with a vibrant Student Activity Council that works round the year, conducting events of all nature. The students learn leadership and many traits alongside, to support them on job and in life.

Nestled in the beautiful city of lakes Bhopal, OIST is just few kilometers from Airport, Railway station and Bus stand- an ideal place to hold conference, wherein Academia and Researchers would get a new dimension with the International ACM Conference.

How to Reach Bhopal

Bhopal is the capital city of the Indian state of Madhya Pradesh, known for its various natural as well as artificial lakes. Bhopal, also referred to as the ‘city of lakes’, is situated in- between two man-made lakes. The city also boasts of major educational and research institutions like IIFM, NLIU, IIIT, IIHM, MANIT, BHEL, IISER and AMPRI. The city has been selected as one of the first 20 Indian cities to be developed as a Smart City under the PM’s flagship Smart Cities Mission. Some of the main tourist attractions of the city are Upper Lake, Badi Jheel Lake, Van Vihar National Park, Lakshmi Narayana Temple and Gohar Mahal. Being an important travel destination, Bhopal is well-connected to other major Indian cities by air, road and rail. How to reach Bhopal by Air Bhopal Airport is well connected with rest of the major cities and towns such as Mumbai, Pune, Bangalore, Delhi etc. The Raja Bhoj Airport is located at a distance of approx 22 km from the OIST Bhopal. Tourists may hire a taxi or a cab from the airport to reach the place smoothly. How to Reach Bhopal by Rail Bhopal is best connected by train on the central and southern railways. You can easily get regular trains to Bhopal from other major cities of the country. It is well connected with trains from Mumbai, Bangalore to Delhi, Trivandrum etc. The Rani Habibganj railway station (Station Code: RKMP), is 12 kms &amp; Bhopal railway station (Station Code: BPL), is 11 kms away from OIST Bhopal. The Rani Kamalapati Railway Station has been designed and built with the ultra-modern amenities like large covered parking area, 24X7 power backup, drinking water, air-conditioned lobby, offices, shops, high speed escalator, lift, anchor stores, automobile showrooms, convention centre, hotels, super specialty hospital, etc. How to Reach Bhopal by Road Regular state run and private bus services connect Bhopal to Ahmedabad, Kota, Jodhpur, Nagpur, Shirdi, Pune, Jaipur, Amravati, Vadodara, Surat and Nashik. Bhopal is well connected with Bus service from Bhopal Transportation and Local transportation.